Crompton House students have been 'thinking happy', getting creative, and reaching out to the local community to spread positivity with their #WriteASmile postcard project. 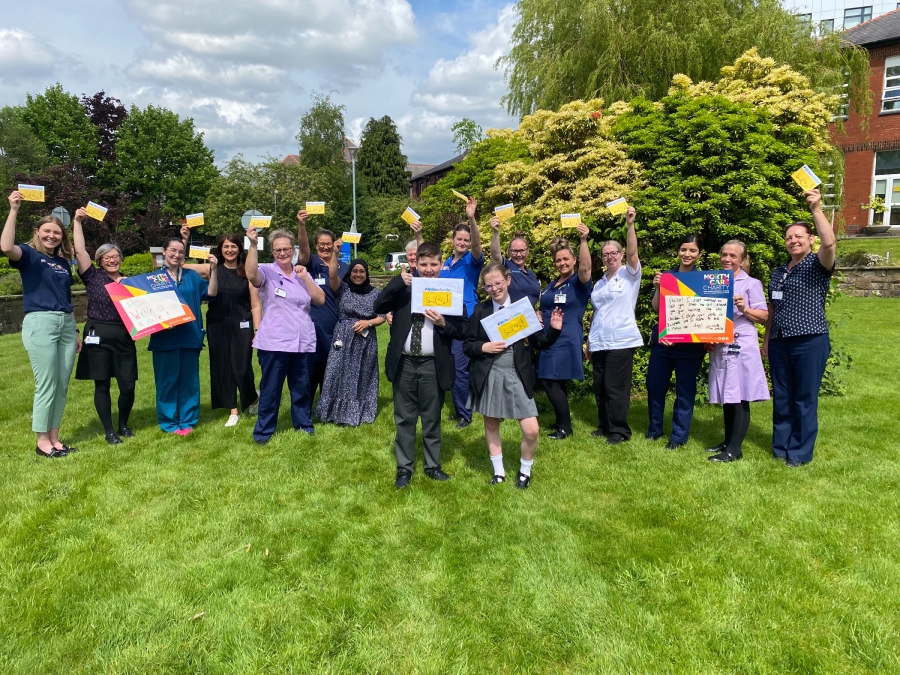 The kind-hearted students have so far hand-written over 500 cheerful postcards, filling them with inspirational quotes, thoughts, poems, and cheeky jokes - with the hope of raising a smile for both the writer and the reader. Students visited the Royal Oldham Hospital to deliver their cards through NorthCare Charity, the official charity of the Northern Care Alliance NHS Foundation Trust.

There, they were met by a team of nursing staff who praised the children’s efforts, and students were able to visit the Paediatric Ward to deliver the cards in person to families and children, and cards were also taken to the Haematology ward and given to patients receiving treatment for cancer.

Pupils at local primary schools and residents in nearby care homes have also received cards – as well as students in the midst of their GCSE and A-Level exams.

Year 8 student and Young Carer, Kaya Read came up with the idea behind #WriteaSmile after being inspired by his Mum, who befriended a lonely patient staying on the same ward during a spell in hospital. Kaya has great ambitions for the project, he said:

"I want our postcards to be that one little thing that makes a huge difference to how someone is feeling and how their day goes. We are going to carry on sending our messages out and putting smiles on peoples’ faces to help end loneliness in our school and the wider community. Going to the hospital and handing our cards out was a great experience as we could see how much the families appreciated it. I know some of the students who are studying for exams really liked getting cards too - it's nice to spread some positivity.” 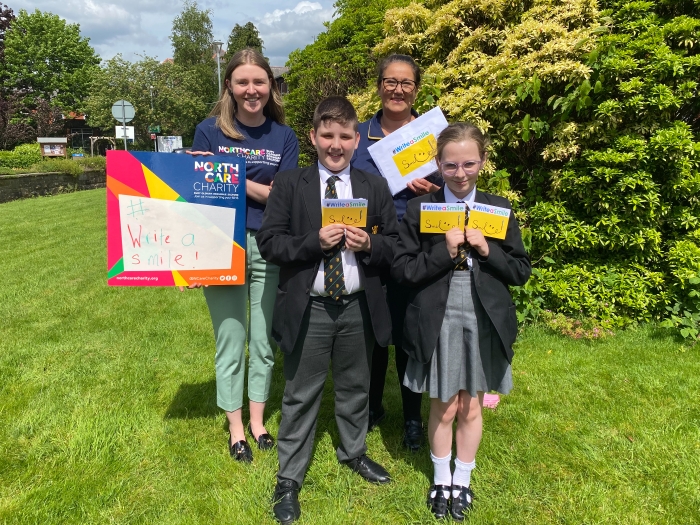 Jess Pollard, Fundraising Officer for NorthCare Charity, said: “It’s amazing to see how supportive, caring, and inspiring messages the students had written on the #WriteaSmile postcards were. We had some really special moments handing them out to our children and families, who were amazed by the students’ kindness. The young people of Crompton House School should be so proud of the brilliant things they made happen with this project, and we’re looking forward to working with them in the future, to continue their great work making a difference.

“I would encourage anyone who has an idea that will support our staff and patients in Bury, Salford, Rochdale or Oldham, to get in touch with us so we can support them! Even the smallest act of kindness or generosity can go a long way.”

“#WriteaSmile is a brilliant way of highlighting the positive effects that reading and writing have on our mental health and wellbeing. Sending and receiving letters and postcards can alleviate feelings of sadness and isolation and it's important that in a world of emails and texts, children understand how powerful it can be to pick up a pen and send their good wishes to another person - even if it’s just a few words. The children have written some brilliant messages and it’s wonderful to hear the feedback from people who have received cards, they have greatly appreciated the sentiment."

To encourage their peers to take part in the initiative, students had lots of fun starring in their own promotional video, which premiered on YouTube and was beamed to every class in the school. Watch it below: