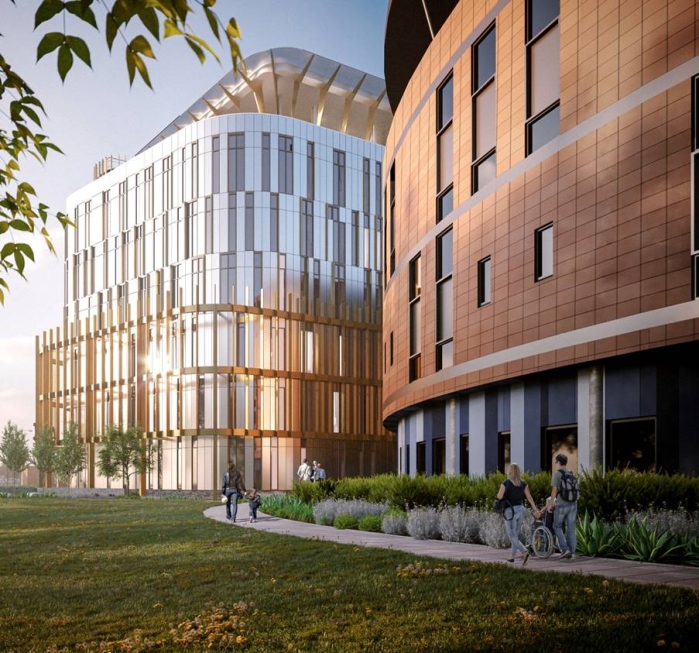 We're raising funds for new equipment to create the first hybrid major trauma theatre in the UK, which will care for patients from across the North West.

The RAPTOR Theatre will be located in the new Greater Manchester Major Trauma Hospital, currently being built on the Salford Royal Hospital site, and will treat those with life-threatening trauma injuries by performing scans, X-rays, and surgical procedures in one place. This will save precious time and reduce risk by ensuring patients don’t need to be moved to different locations to be cared for.

The RAPTOR Theatre will prioritise multi-trauma patients (those with multiple complex injuries), giving them the best possible chance of survival.

This kind of care is above and beyond the NHS standard, which is why we need your support to make the RAPTOR Theatre a reality. The theatre equipment will cost £1.4 million, and we’re asking communities across Greater Manchester to get involved and support us to raise funds for this pioneering project.

To get involved, you can make a donation today or talk to one of our team.

On her way home from her job as a teacher, Mary, a 39-year-old mother of two, was hit by a car travelling at 50mph. At the scene, she suffered a cardiac arrest but was resuscitated by paramedics. By the time she arrived at Salford Royal her condition was critical.

More resuscitations were carried out in the emergency department before Mary was taken to have a full-body CT scan, that showed the full extent of her injuries.

She had sustained severe head, spinal and chest injuries, with numerous broken bones, and a complex fracture to her pelvis. At this point, she remained very unstable with low blood pressure and continued to have internal bleeding.

Ideally, Mary needed to be operated on by a specialist team at Manchester Royal Infirmary, but she wouldn’t have been able to survive the transfer, and her head and spinal injuries were best treated by our world leading neuro team at Salford Royal. The surgeon and radiologist instead came to Salford Royal and the patient was transferred to the angiography suite where the vascular radiologist was able to stop the bleeding from the blood vessel in her pelvis.

She was then moved to another theatre and operated on for her other injuries, after many hours in surgery, she was transferred to intensive care unit.  Moving Mary several times was unavoidable, due to services being spread across the Trust. Every time she was transferred her chance of survival decreased due to her unstable condition. Sadly, Mary died from the complications of huge blood loss later that night.

Whilst we cannot guarantee the outcome would have been different for Mary if we had been able to take her to the RAPTOR theatre. We would have been able to keep Mary in one location while scans and surgery all happened around her, reducing the number of transfers and speed of treatment greatly increasing her chance of survival. The RAPTOR theatre will give patients like Mary the best possible chance of survival.